Also suitable for bluefish! Can be used all-round, not just in the surf.

Why we changed to LRV Guide?

(This is the longest distance recorded in EXSENSE DC (Revision) to date!) ) . 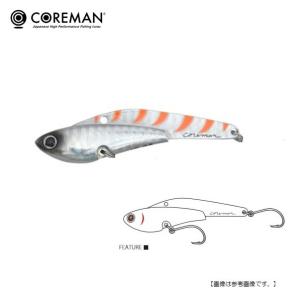 ※ Of course, there is no inconvenience in using it as recommended by the manufacturer.

It’s just that… what I wanted to do was a little different, and I needed to replace it with the “LRV Guide”!

To put it simply… I want to throw plugs as light as Fishman’s rods, fully vented and head wind! That’s what I mean.

With the LRV guide, even if you throw a light plug, the FG knot will stay clean until the end.

Let me digress for a moment…

If a lightweight plug is fully bent and cast with a rod that is not made based on such a design concept (single foot specification), it will cause line interference and at the same time disturb the flight posture (behavior) of the plug, resulting in the risk of backlash…

How to solve line interference with guides during casting

So what can you do about the problem of the line interfering with the guides when casting?

I dealt with this by replacing all the single foot of the rod with (Fuji Industries) LRV guides.

The more I use it, the more wonderful it is.

You can throw a lightweight plug as much as you want, to any point you want…

Mr. Yamaga’s blanks are great enough to make that happen.

It can also be used for “SSJ“, which is very popular nowadays.

But unfortunately… (With my inadequate cast…).

I was casting a light plug with “EARLY 105MMH/B” fully vented, when the line interfered with the guides and backlash occurred.

I tried it for several days in a row, but I still get a lot of backlash.

This is… Do I have to replace the “LRV Guide”?

I had a lot of trouble with it, but in the end I replaced it with the LRV Guide.

Normally, when a big fish hits on tackle that can handle light plugs, it’s good-bye… but…

This guy also has the bat power to handle bluefish.

It may be due to the fishing boom, but…

An amazing bait rod that disappeared from the Internet within two days of its release.

Last year's story..., Shimano's "World Shaula" is a super rod loved by YouTuber K, who is known for "buying expens...

With the weather finally warming up recently, I was able to throw lures to my heart's content with the BRIST VENDAVAL 1...

Lately, I've been practicing throwing "big plugs" in the fishing harbor at night. What I've learned (or newly r...

I finally bought the BRIST VENDAVAL 10.1M。 Many testers, including Mr. Akatsuka of Fishman use this rod frequent...

I used "EARLY for Surf 105MMH/B" (LRV guide specification) for the first time last time. Since I bought the (nor...

Previously, I wrote about the CAST’IZM 25-385 bait specification. It was a bait rod with an unbeatable flyin...
Ceramic double ball bearings! Part 3
EARLY for Surf 105MMH/B (LRV Guide Specification)! Part 2