I’m late to the party…but I finally bought a Tatula TW 400.

The reason why I bought the Tatula 400 is because many anglers I consider good (such as Mr. Noriyuki kanmiya on YouTube) use the Tatula 400 instead of the Tatula 300 for big game fishing and rock fishing.

(I had already purchased a Tatula 300 (XHL) and had finished breaking it in.)

For casting large plugs and other heavy lures, the Tatula 400 spool is more suitable than the Tatula 300 spool. We also thought that line capacity of 200m or more of No. 4-5 PE line was necessary to handle large fish and to protect expensive large lures from line breakage.

I will think about how to use the Tatula 300XHL (PE #3) later, but for now I am going to practice casting big baits, big plugs and heavy weight lures with the Tatula 400XHL (PE #4).

I’m sorry for being so indecisive! But this way of thinking is necessary…to find the best way to do things.

Next, the bearings were replaced with ceramic ball bearings and lubricated with MTCW oil. 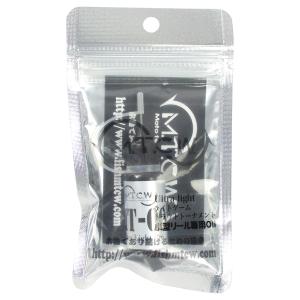 Of course…it is a high performance line that can be used as it is, but the coating further improves its compatibility with bait reels.

Avani Casting PE SMP Not Hiramasa tuning, but bait reel tuning? It is the completion of

Since the reel was brand new, my first impression was that the movement of each part was stiff and heavy, but after a few days of repeated trial casting, it became softer and smoother, and the distance increased accordingly.

Currently, 80g metal jigs are up to about 90m before, but we are practicing to go beyond 100m.

After the maintenance... The Calcutta Conquest DC 201 HG is back in my house! Thank you very much, Ms. On...

Recently, under the influence of Fishman "Noriyuki Kanmiya", "ZILLION TW HD" is liked and finished ... Practice is only...

This time, I changed my mind a bit. This time, we changed things up and practiced with different tackle. Tackle ...

Suddenly, which of "ANTARES DC", "EXENSE DC", or "ANTARES DC MD" are you using? Or which one do you think is better? ...

VENDAVAL 8.9M & ZILLION TW HD From now on… We'll be training and fishing together for quite some time. ...