Finally,”BlueSniper 103L PlugSpecial” will be released in July this year.

It’s been a few months since I learned from the Yamaga staff at the Osaka Fishing Show.

The concept of this rod is not only positioned as a light shore jigging model, but also described as a light (finesse) model of the Blue Sniper.

Certainly compared to the light shore jigging rod of normal (other companies)…, clearly …, overwhelmingly …, the bat power is strong.

It is not just hard, but also has softness.

I can stick with it even when I have to deal with a big fish unexpectedly!

Anyway, it is light, bends when casting (despite its tension), and the rod converges extremely fast after casting. （Excellent casting feel!)

As for the weight of the lures that can be used…

But that’s because the bat power is strong and the top is delicate.

Those who thought that even for a moment were worried there! Rest assured.

Capable of casting and manipulating lures of the upper weight limit

A difference in expression? Maybe, but you have to be able to use the lure with the weight indicated in the catalog!

The pricing is also… appropriate, for this performance at this price, I’m fully satisfied! It’s a great product.

I’m planning to use a Daiwa Onaga Monster (No. 4000) lever brake reel to take advantage of the characteristics of Mr. Yamaga’s bendable rod. How would you use it? 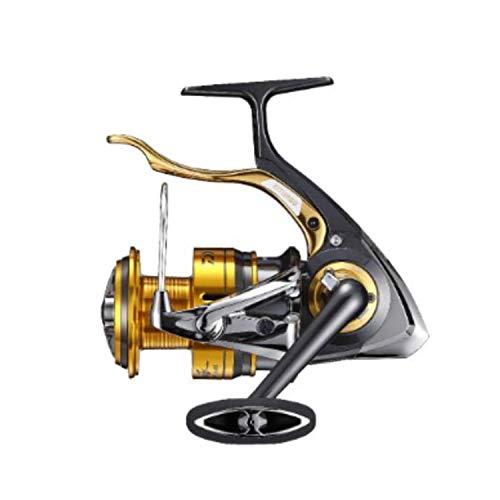 Oh, no! I finally got it! The "BlueSniper 103L PlugSpecial". I found out about it at a fishing show, actually to...

In February 2020, the "CAST'IZM" rods were renewed. I was one of the first to jump on the bandwagon and ...

Light shore jigging! You might think that just throwing a metal jig is all you need to do, but the truth is that there ...

Recently, I have been writing about long casts with a bait reel, but this time I would like to change things up and sha...

Recently here ..., I've been practicing plugcasting in Baitrill. The blurring of the plug is subsiding little by...
NG? HG？ XG？
CALCUTTA CONQUEST 301/401!